I don’t normally go to a lot of weddings. But the ones I have been to had one thing in common: they all sucked. I would very much like a un-traditional wedding, with a white gown and a simple venue with great food all happening on one day. I have heard a lot of foreigners say that they like Pakistani wedding since they are so colorful and traditional. Colorful, maybe but traditional? No. Much more like borrowed and mixed culture from India. But then again, I guess that’s allowed because we were one ( subcontinent) once. But that’s a topic for another time. Here are 5 reasons why I hate weddings:

NEVER STARTING ON TIME
“20:00 sharp” often translates as sometime after 21:30. I haven’t been to a single wedding that started at the exact time mentioned on the invitation card. Why? Je ne sais pas. I really have no clue. I guess this a famous trait that is only exclusive to people here. Being tardy to a wedding isn’t considered rude, but rather smart. No one wants to be the first one at a wedding do they?

IF IT’S AN OPEN HALL..
Well, then you probably shouldn’t have gone to the hair dresser and spent that much amount on your hairdo. 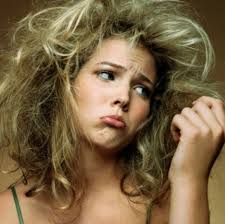 CATS UNDER TABLE
This is the other problem you face when it’s an open hall.
I wouldn’t go as far as saying I am scared of them but I don’t necessarily like touching them. It gives me the hibby-jibbies. So imagine how I would react when I’m sitting on a table in an open wedding hall, when I feel something so soft brushing past my legs. Yes, I either rest my feet on another chair’s leg or simply sit with my legs under me. Yes, I do that. Ask anyone.

THEY SERVE CRAP
Actually the last wedding I went to, which was yesterday by the way, had pretty decent food. We had a rice,vegetable and meat option. Also they had drinks as well as coffee which was a really smart move considering the slightly cold weather. But this wedding was an exception. There isn’t much option at most weddings. And there is ALWAYS the famous biryani at wedding,which I have come to detest now because it has become so common now a days. Wedding menu? Biryani. Funeral menu? Biryani. Birthday celebration at home? Biryani. Wedding anniversary? Honey, let’s go out FOR a Biryani. And, don’t forget the awkward desert option. There’s always a desert that is inappropriate. Like last night, they served ice cream with only ONE flavor. They did have a gajjar ka halwa though which is a step up because there’s only one dessert option at most weddings and it’s usually is something silly like jelly or custard.

THE NEVER ENDING PHOTO SESSION OF THE BRIDE

Our brides are not allowed to laugh let alone smile. No, they have to sit with a sober,serious face on the happiest (supposedly) day of their lives. They have to sit in one position, without smiling to much, or lifting their eyelids up. I don’t know how they can sit still for such a long time. Clearly, it is very exhausting to watch. And the photographers don’t stop. It’s like they have sworn to take capture every movement of the bride. Look that way, a bit more..yep, just a bit to that side..no, a little lower..yeeeeess..hold the pose…Oh! There we have..oh bum I forgot to remove my finger from the lens. Let’s take another shot! Torture, see?

Conclusion: I am never going to a wedding again. Unless it’s my own.

8 thoughts on “Why I hate weddings”

Your not so typical twenty something whose only solace is sarcasm and shoes. I will rant occasionally ( by which I mean most of the time )

MIA from the corniche

I'm on a life changing journey to 40. There will be ups, there will be downs. I'm like a roller coaster but with more agoraphobia.

The University of Birmingham's language, lifestyle and culture magazine.

Writings by the Wolf Boy

FOOD FROM THE GARDEN

To Nourish Body and Spirit

It's the scent of Autumn rain. It's the first coffee in the morning. It's a dash of magic in everyday life.

A plant-based diet can be easy.

The Path To Perfection

From procrastination to transformation one habit at a time

everything, all at once.
Poems for Warriors